95: The Role of Stories and Human Interaction in Sharing Your Expertise 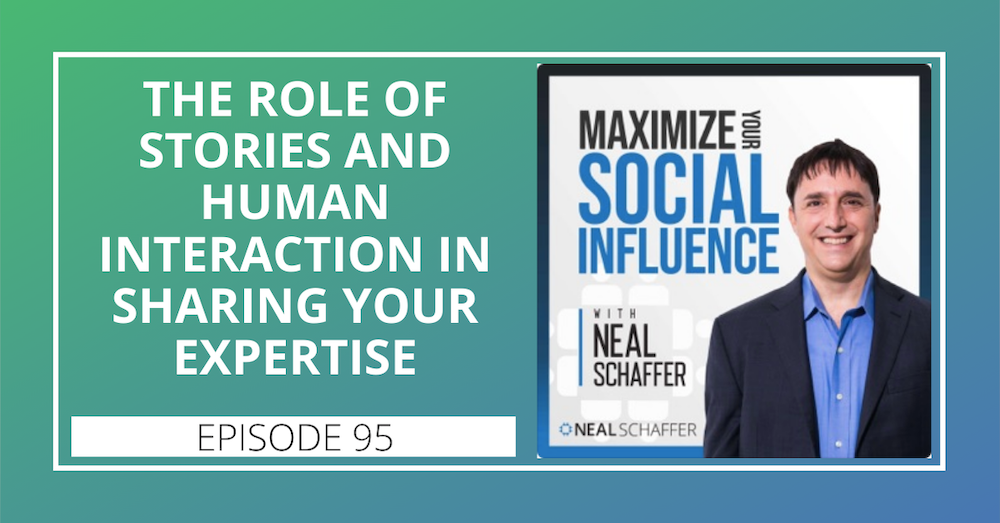 You’ve heard about Neal Schaffer’s Social Tools Summit that he’s launching this May in Boston, but maybe you haven’t heard why he’s creating this event. Aiming to educate organizations about the social tools that are available, the goal of this event is to close the gap between customer understanding and company potential. By bringing vendors, CEOs, and potential clients into the same room, everyone can gain insight into the value of these tools and how to leverage them. In this episode, delve into the importance of in-person interaction, sharing stories, and showcasing your subject matter expertise.