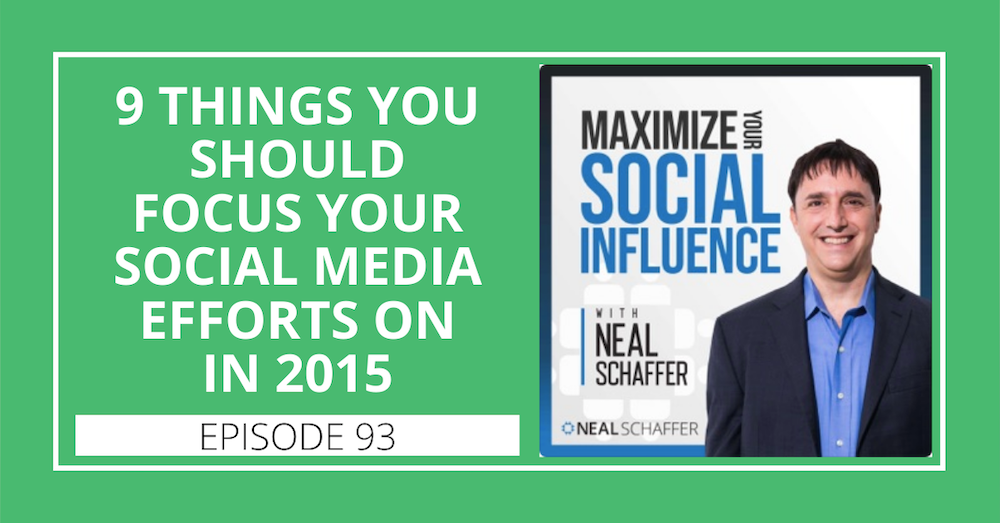 Where should you focus your social media efforts and budget in 2015? In this episode, Neal Schaffer encourages you to start the year by analyzing your content and process. This means helping you find more places to share your content, explaining the importance of internal education and ownership, and advocating for systems that help you amplify your strategies, like paid social and automation.