86: What I've Learned in Building a New Social Media Community 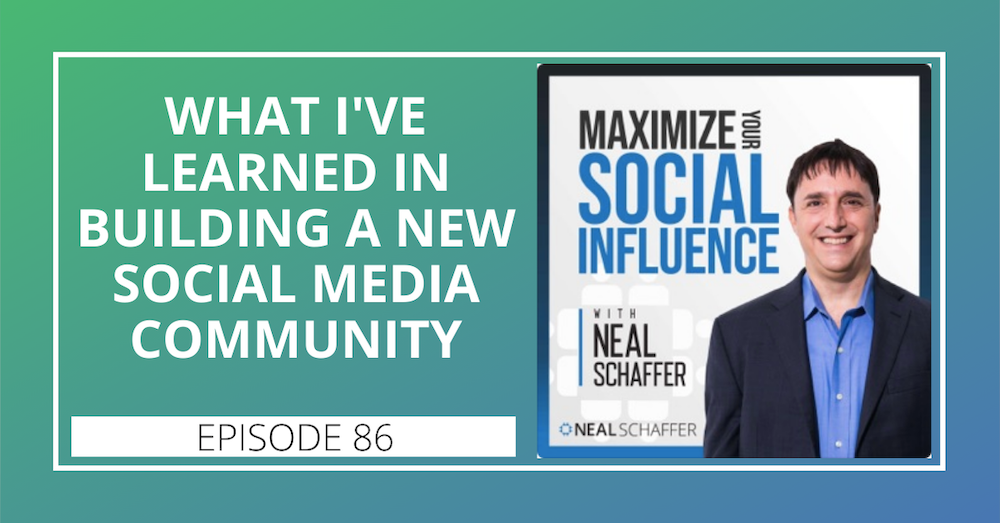 Neal talks about the launch of his new Social Media Center of Excellence Facebook Group and what he has learned building a new community in social media - and how you can leverage Neal's experience.