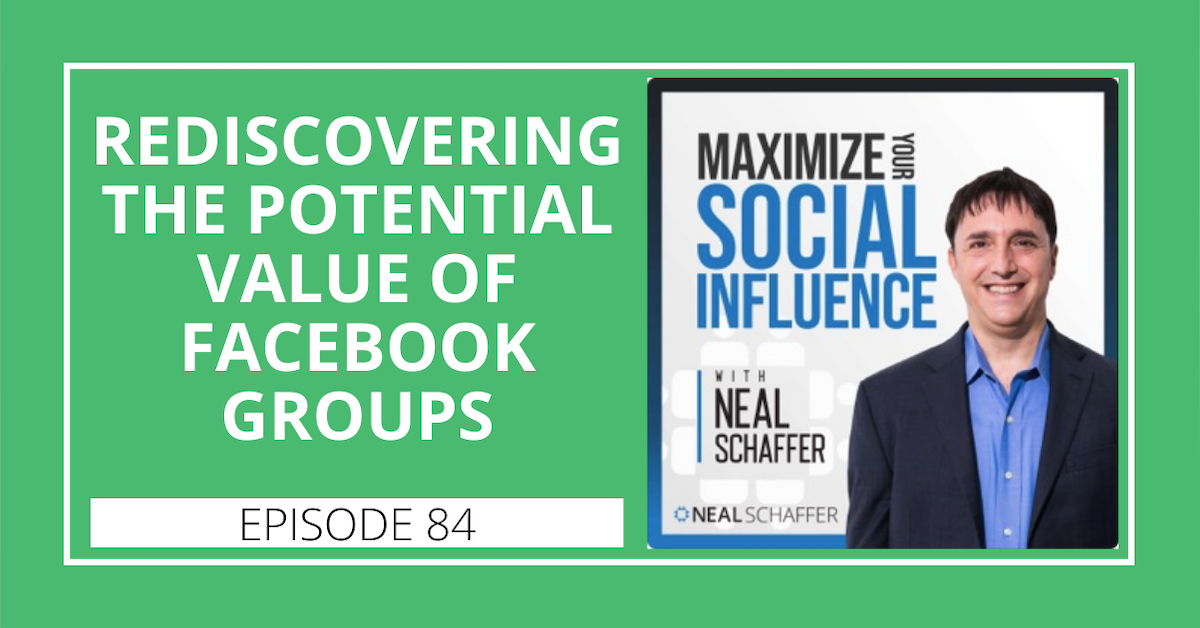 Have you had a bad experience on a social network and refused to venture back into it? That's not good business sense. Perhaps it has happened to you by being opted-in to several Facebook Groups without your permission. Now is time to join Neal in rediscovering the potential business value of Facebook Groups.