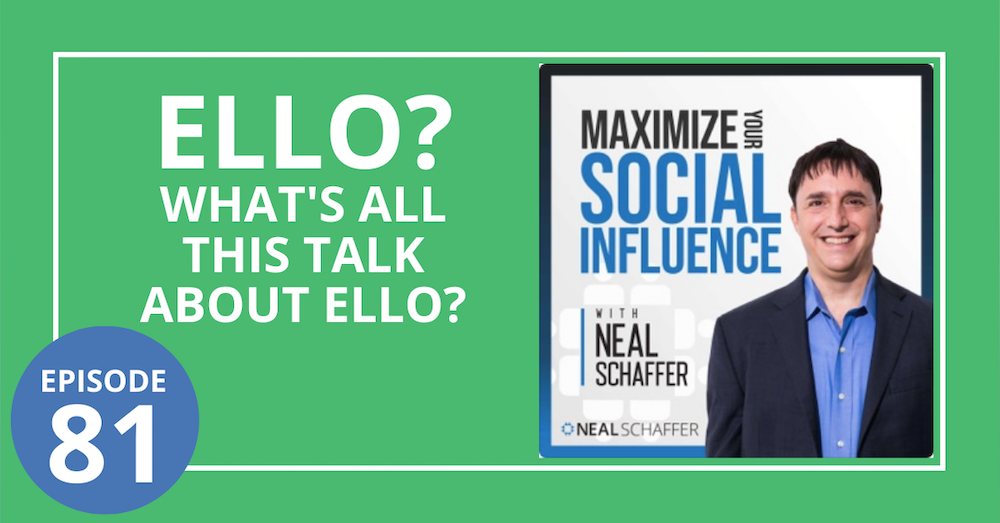 A first look at the newest social network Ello. Should you sign up? Spend much time there? Use it for your business? Listen to Neal's advice and gain some rational perspective on what value Ello might be able to provide you and your business.