59: Google Plus is Dying! Read All About It! 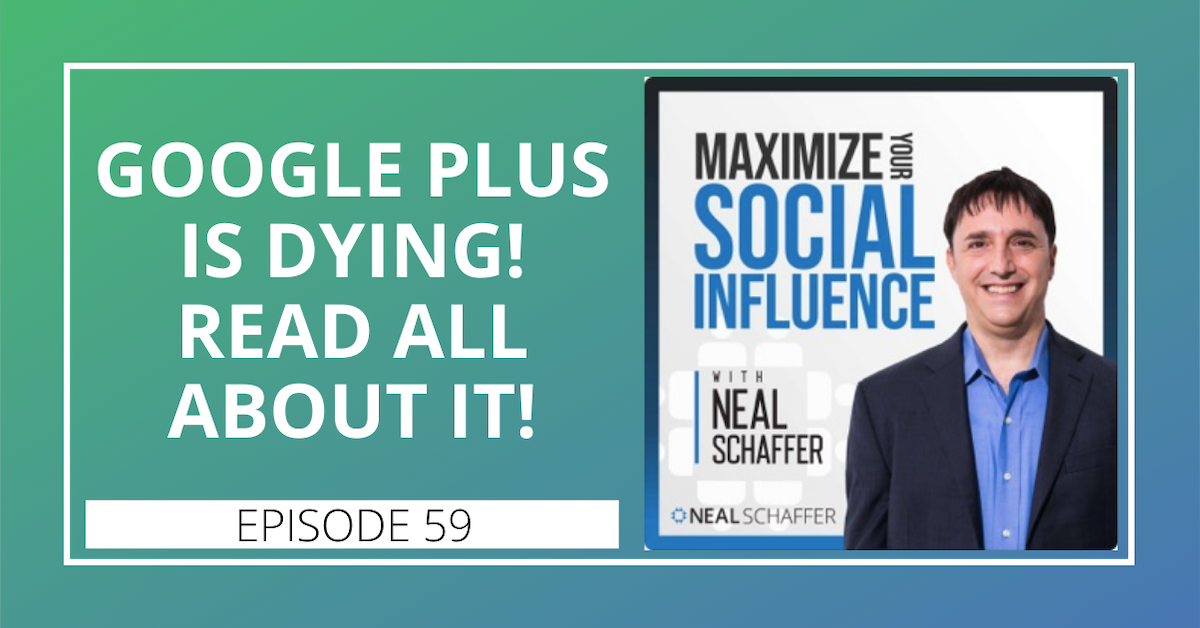 A blog post recently published on TechCrunch claims that Google Plus is dying. Neal Schaffer analyzes the facts behind the article, the evolution of social media, and yields some insight on the least understood social network today: Google Plus.