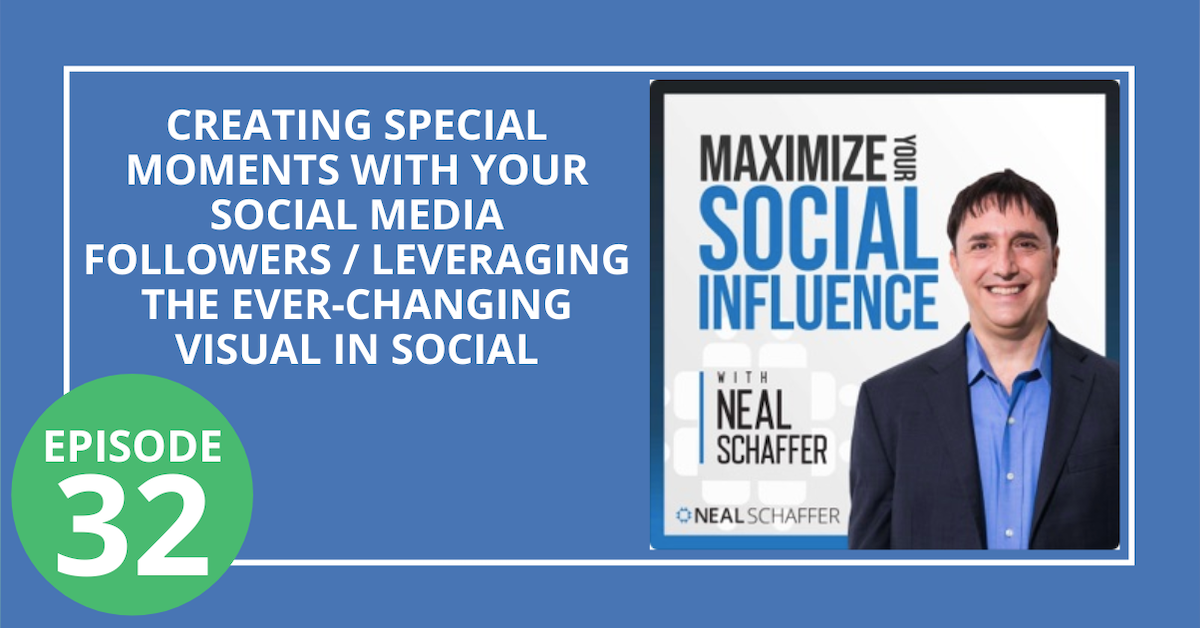 The launch of the rebranded Maximize Your Social podcast (formerly Social Business Unplugged) goes into creating the importance of special moments with your social media followers as well as leveraging the ever-changing visual social networks and visual components within social media channels.