227: Why Digital and Experimenting Go Hand in Hand 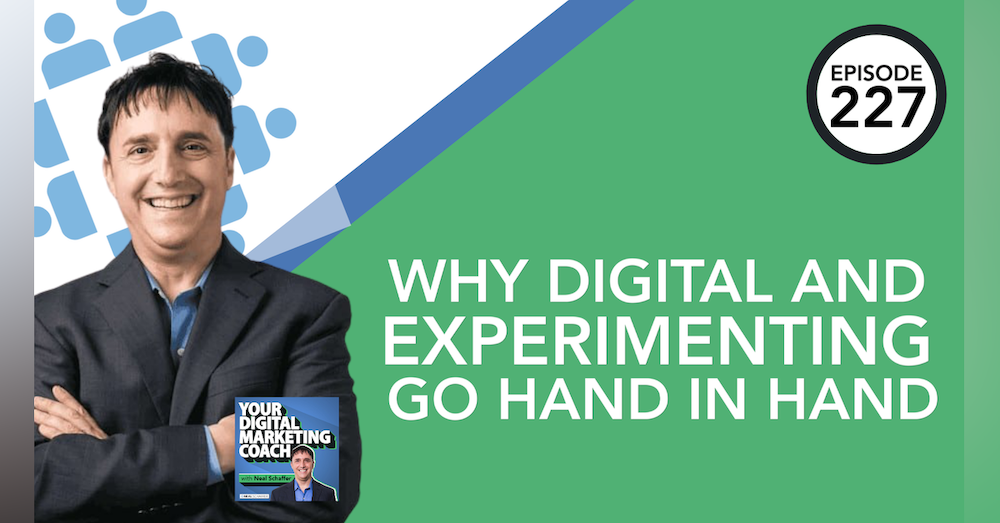 Digital and social media are the field of dreams for every business. The problem is that you first need a roadmap to get started, but even with that roadmap you will have your successes and failures, new discoveries, and learn a lot both about your target audience as well as your product and branding.

This is why a mindset of never-ending experimentation is critical for success in digital and social media marketing as well as if you have a digital product or service. But its not just experimentation that is important: Equally important is understanding when you need to pivot and then actually making that alignment.

To me digital marketing is art, which is why the creative aspect excites me on a daily basis. I sincerely hope that you find some inspiration in this episode.

[01:54] How Neal Created His Membership Community
The story of how Neal's membership community started and why it was now called the "mastermind of business leaders".

[08:57] The Importance of Building Library of Content
What does the library of content do in my business?

[16:14] The Critical Items On Influencer Marketing

[17:02] Read The Signals And Act On It!
Now that you know how to read the signals, what is the next step? Act on them!