217: Paid Social Media Advertising & Influence: What You Need to Know 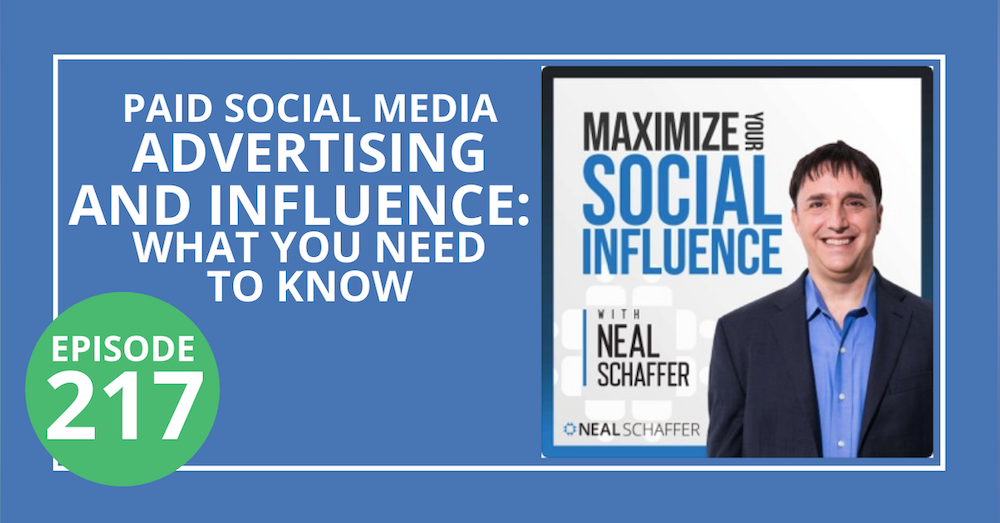 There are two main ways to grow your influence in social media: Organically through your own social media content or by spending money to advertise on the various social media sites. Influencer marketing, of course, can fall in both categories, depending on the collaboration.

So another thing about social ads is when you go into the ad platforms, you'll notice that they normally divide the process of creating and publishing an ad into three different areas. Now, I'm talking primarily Facebook centric, but I've seen other social networks replicate this in terms of campaign ad set and AD. The objective really is at the campaign level. What is this campaign trying to do from when to when do you want to run it? What is your campaign budget, and everything else I'm going to talk about comes below that campaign level. So now we go down to the ad set level.