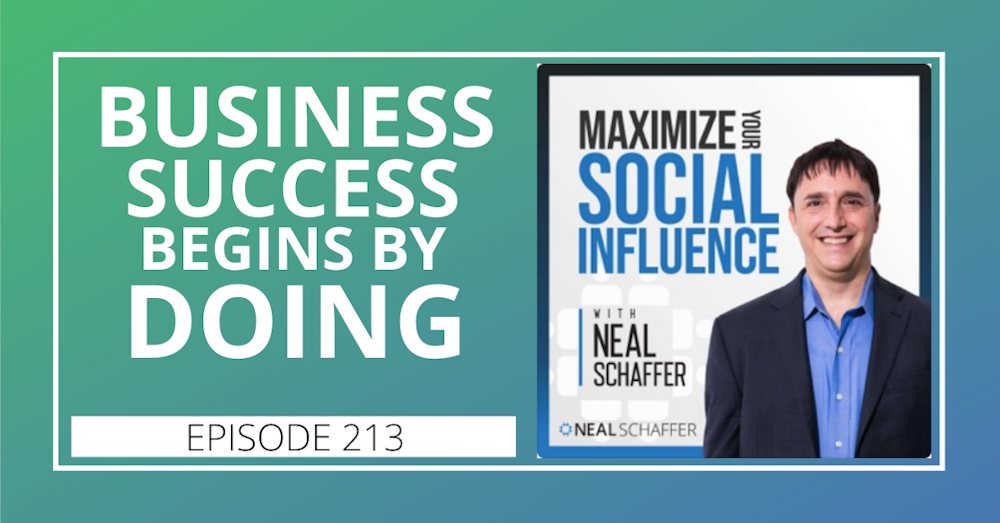 If you're listening to this podcast, you're doing so in hopes of implementing my advice or that from my guests in your company or own business.

As a content creator, the greatest respect you can pay me is in implementing what I teach.

In launching my group coaching membership community Digital First, I realize that many people get stuck with their digital marketing and simply don't execute. You can listen to as many podcasts and read as many blog posts and watch as many YouTube videos as you like - the information you need is all there, but if you don't begin on the journey of execution you can't be on your way to business success.

Yes, this is a topic you've probably heard before, but I wanted to send you all a reminder based on recent conversations and executions I have seen in my own community. You don't have to join my community to become successful at digital marketing, but if you don't have a network of "doers" to surround yourself with and be inspired by, go find one - TODAY!

[8:05] How Neal Launched His Podcast From Scratch
Neal created a 26-minute video where he shared how he started his podcast from scratch. He aims to inspire beginners to do it and try something new. There is no excuse in starting and creating content whether it be a podcast, blog, YouTube, or an Instagram channel.

[12:11] Leveraging Relationships, Internet, and Social Media When Creating a Business
There's so much information you can get from the internet, social media, and your network that can actually help you build your business from scratch

[16:48] Skyrocket Your Business By Having The Right Tools and Mindset