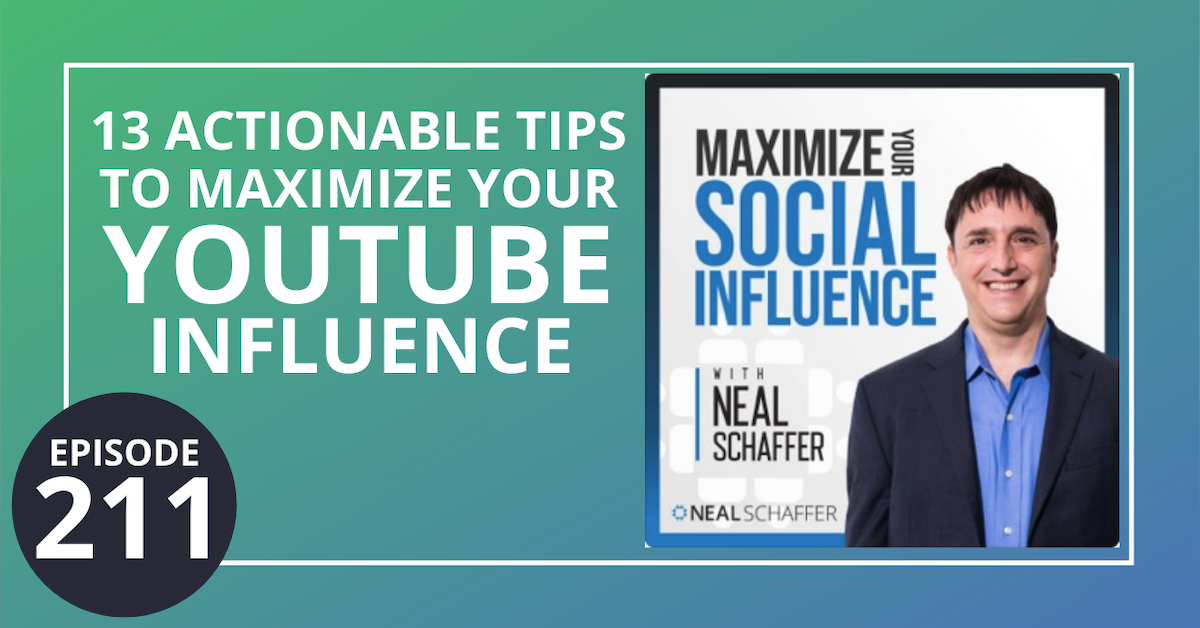 I don't pretend to be a YouTube expert by any means, but if you are new to the platform like I am, how successful you can be there is all about the details.

Strategically creating, editing, and uploading my first YouTube video ever made me feel like I "finally" started taking podcasting seriously back in 2019, 6 years after my launch!

Similarly, I have had a YouTube channel for some time, but it is only very recently where I have decided to be a little more strategic and intentional about the videos I post.

I am still very early in my journey, but these are the 13 actionable tips for YouTube that I wish someone had taught me, and they are tips that I don't see in the blogosphere.

Hope you'll join my on my YouTube journey here:  https://youtube.com/nealschaffer

[16:40] What Type of Video Content Should I Create?
Finding a format that fits your niche and product.

[22:13] Why I Like Putting Teaser at the Beginning of My Video
Place a short 10-15 seconds teaser to let the viewers know what they're going to get out of the video and entice them to stay to the end.