203: Why Isn't Your Brand Trying to Become More Influential? 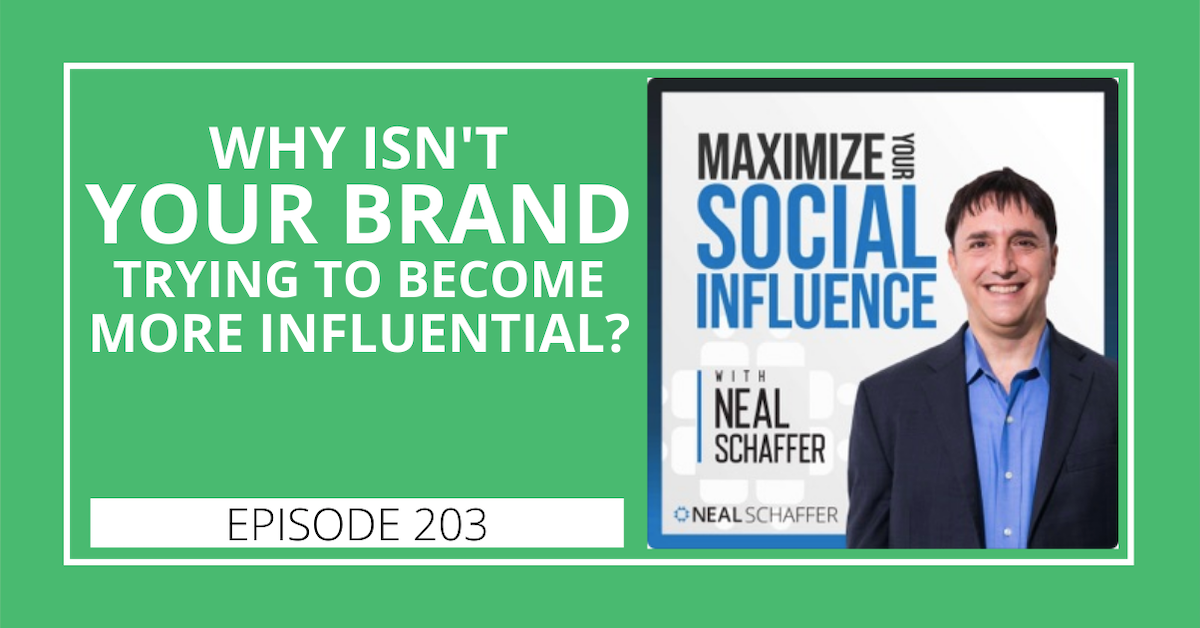 Instead of always trying to tap into the influence of others, why isn't your brand trying to take a strategic approach to increase your own digital influence? The benefits of doing so are plentiful, and influencers have already perfected the formula of what you need to do.

So what are you waiting for? Listen to this episode and build your own influence as a company or brand!

[06:36] Other Approaches Where You Can Yield Influence

[09:30] Things People Look At When Collaborating

[10:43] Why Building A Large Following Is Better Than Small Following?

[11:28] The Funnel of Social Media Relationships

[14:36] How You Can Build Better Influence Than Your Competitor

[17:44] The Things You Should Be Looking At When Setting Up Social Media Dashboards

[19:25] Why Do You Need To Delineate Marketing From Your Social Media?

[19:59] Things You Can Do To Get Influencers Work With You

Uncover the Sources of Influence and Supercharge Your Marketing with SparkToro