200: How to Scale Influence through Community (and Why I am Launching One) 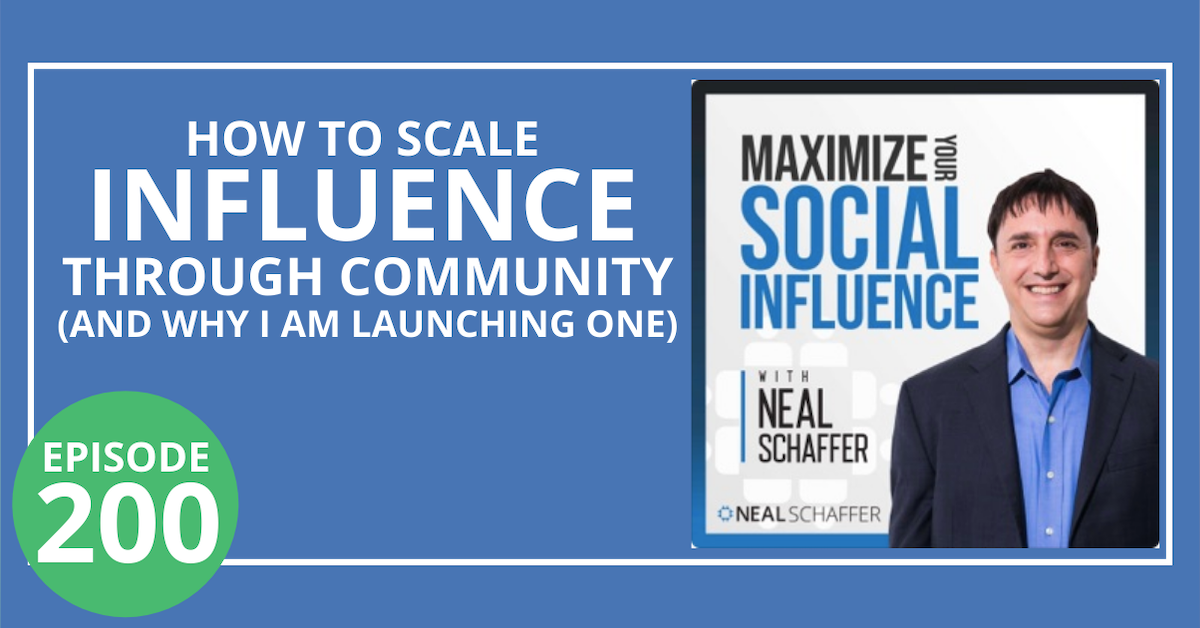 Whether you are a brand or a person, the ultimate sign that you have influence is when people are singing your praises when you are not in the room, whether online in social media or offline.

What if you can bring all of your fans together in an environment so that they can talk about you while also getting direct access to you or your brand?

This is what brands are doing by investing in Facebook Groups for their customers, and in doing so, they are investing in a community that can scale their influence.

Many digital entrepreneurs are doing the same for their customers of their digital programs.

I have decided that the next step to scale my own influence is in the creation of such a community. Listen in for my thoughts and plans for my new Group Coaching Membership Community, Digital First - and learn how you can become one of my founding members!

[02:59] My Journey to Scaling Through Community

[06:08] How Being A Consumer Yourself Helps You Understand Your Purpose

[18:17] How Will My Membership Community Provide Value to the Members?