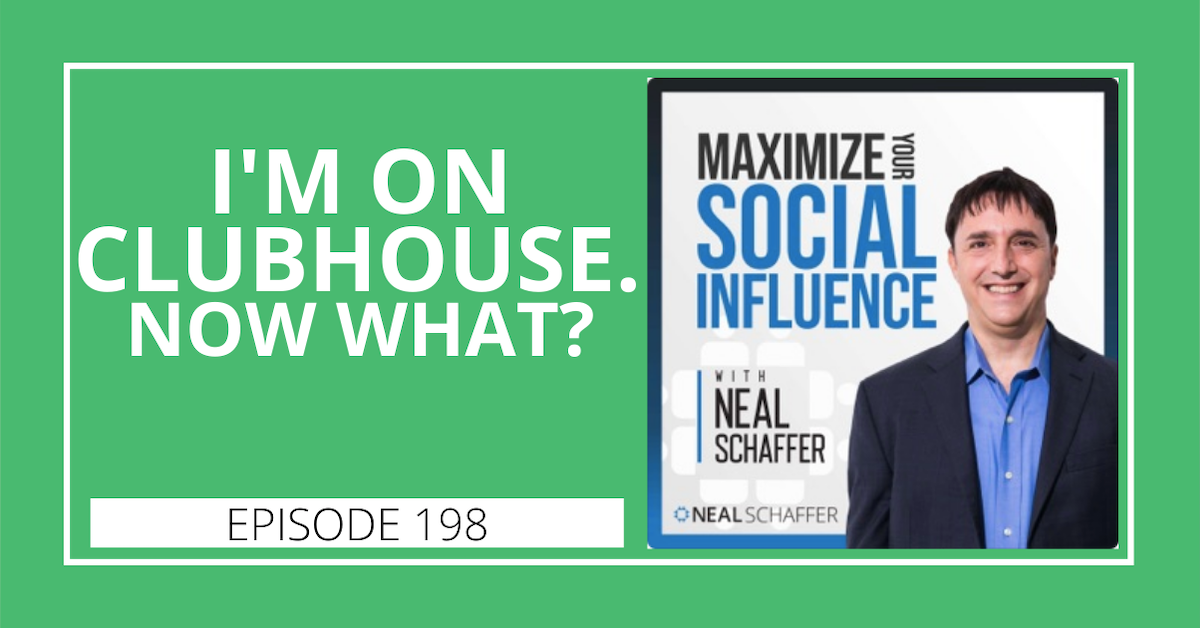 New to Clubhouse? Trying to figure out how to get started and exactly what to do now that you have received that invite and joined the newest rage in social media?

Continuing on from my introduction to Clubhouse on episode 196, this episode will provide you with detailed hand-holding to help you navigate around the app and create a focused strategy that will help you Maximize Your Social Influence, even on Clubhouse.

If you're looking for an invite to the app, make sure you sign up to receive marketing communications from me on my website https://nealschaffer.com to get a chance to be invited when I get new invites to share!

[07:05] How Can I Download and Get Into Clubhouse?
Where can I download the app and how can I create a profile to get into it?

[11:02] Who Should I Follow on Clubhouse?
Is Clubhouse the same as other social media networks where I should just follow random people?

[12:28] The Notion of Follower-Following Ratio