196: My Initial Thoughts on Clubhouse, the Newest Social Media App 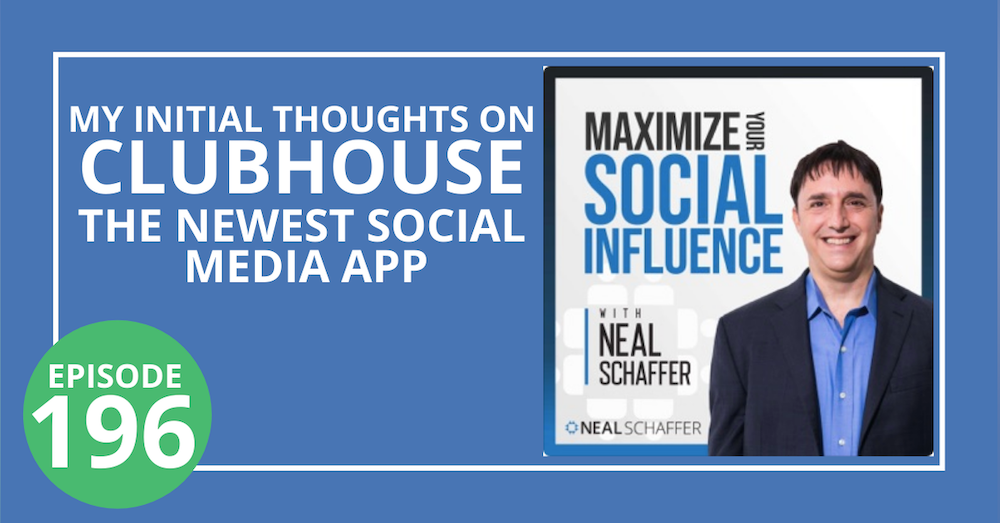 Have you heard of the latest rage in social media Clubhouse? Have you received an invite on your smartphone and unsure as to whether or not you should join? Are you on Clubhouse and still trying to figure out how to glean value from it? Let me share with you my own experiences with Clubhouse, describe its functionality in further details, and provide you with my advice on how to best maximize your social influence on Clubhouse.

[03:51] Clubhouse in the Analogy of Google Plus

[06:35] How Can I Keep My Clubhouse Connection Back to My Network

[08:55] The Utilitarian Use of Social Media Network

[12:43] The Viral and Discoverability Aspect of Clubhouse

[21:25] The Approach to Clubhouse from A Marketing Perspective

[22:06] How to Generate Income from Social Media Network