144: How to Do Influencer Marketing the Right Way in The Age of Influence 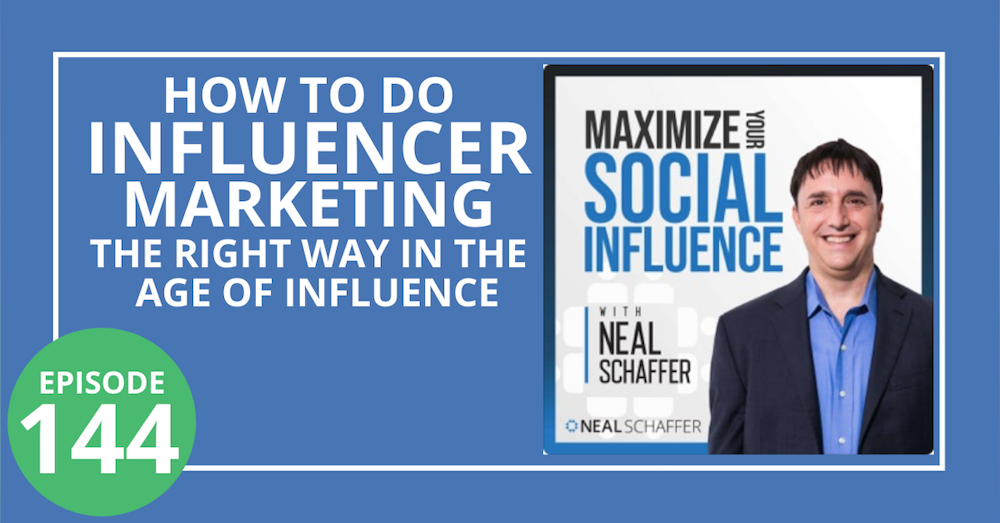 There is an incredible amount of misinformation out there about influencer marketing. Fake followers, phony engagement, people that come out of nowhere and get paid hundreds if not thousands of dollars for posting a single photo on Instagram. Is this influencer marketing bubble about to burst? These are some of the ways influencer marketing is portrayed, but they miss out on a holistic definition of digital influence, which existed way before Instagrammers or YouTubers, and also ignore other trends in digital marketing that will push more and more brands to creating collaborations with influencers. Learn about how to do influencer marketing the right way by listening to this podcast - and if you are interested in The Age of Influence pre-order campaign, simply pre-order the paperback version from Amazon (https://nealschaffer.com/ageofinfluence) and send me the receipt to neal@nealschaffer.com. You will then get access to my invite-only upcoming two webinars ... pre-order 3 copies, and you'll also get free access to my upcoming Business of Influencer Mastermind Group Coaching Program!

[01:35] Why Influencer Marketing Is Something Most Marketers Have Not Defined Well

[02:44] The Core Of Influencer Marketing

[06:29] Types Of Influencers Based On Number Of Followers

[10:20] Things To Remember When Reaching Out To External Influencers

[11:09] Why Influencer Marketing Is The Next Evolution Of Marketing

[13:21] The First Misnomer About Influencer Marketing

[18:48] The Importance Of Building A Team And Scaling Down