142: Influencer Marketing for Even the Smallest of Businesses 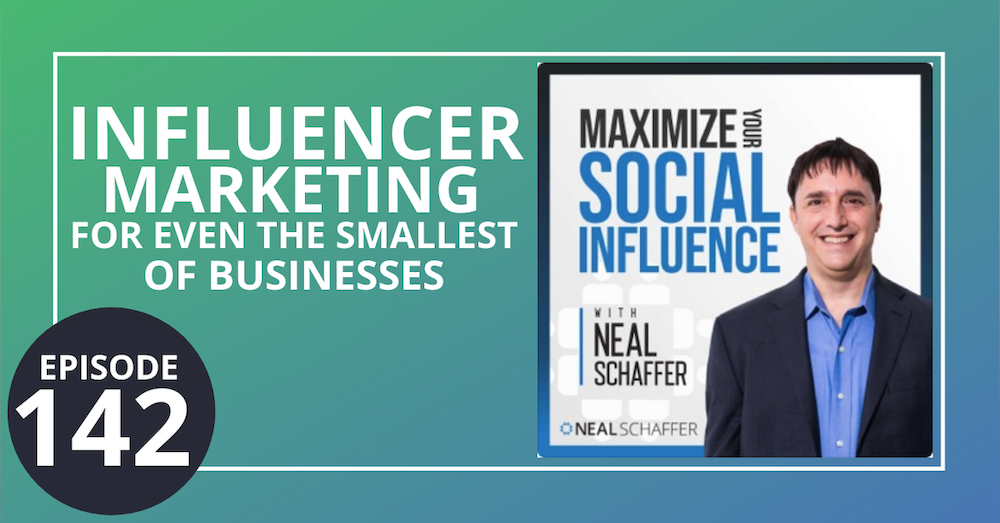 If you think influencer marketing is just about famous consumer brands spending lots of money to have YouTubers and Instagrammers talk about them, you are far from the truth! Discover how any business in any industry can and should leverage influencers in this episode #142. Learn more about my upcoming book on influencer marketing, The Age of Influence, at https://nealschaffer.com/ageofinfluence.