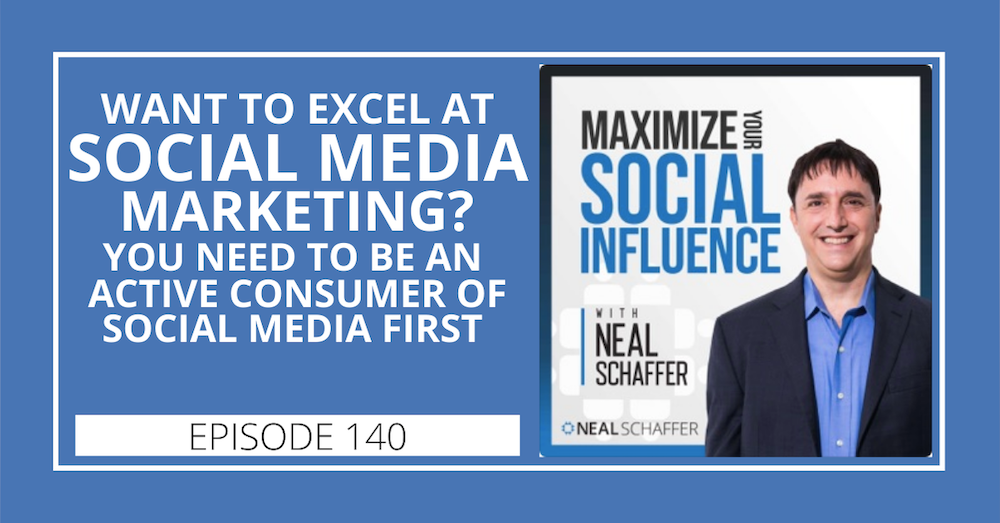 For whatever social media channel you want to become proficient at, STOP listening to this podcast and START becoming a user of the channel! As marketers, we sometimes look for new social networks or content mediums to utilize for marketing, but instead of reading blogs or listening to what advice others give us, becoming actual users and consumers of the content on those platforms or of those mediums is probably the single most important thing you can do at the beginning to get better at them.

This episode #140 was inspired by my own podcast and the confession that I personally wasn't a consumer of podcasts yet was a podcast creator. While the positive thing is that I might not have been influenced by other podcasters and thus my podcast might be unique, it also means that I failed to grasp the importance of certain things about my podcast or the needs of podcast audiences.

As mentioned in the intro, if you haven't subscribed to my newsletter, please do so by going to my website and entering you email address on the sidebar widget or the one at the bottom of each page: https://nealschaffer.com

[07:16] Media Consumption Difference With Every Generation

[09:14] How Long Can You Keep Your Audience Engaged With Podcasts?

[14:23] The Approach Other Business Have On Social Media Marketing

[16:55] The Power Of Podcasting That I Realized

[19:26] Writing Content And Developing Products Should Be Targeted To Your Audience