114: Why It's Time to Prune Your LinkedIn Connections 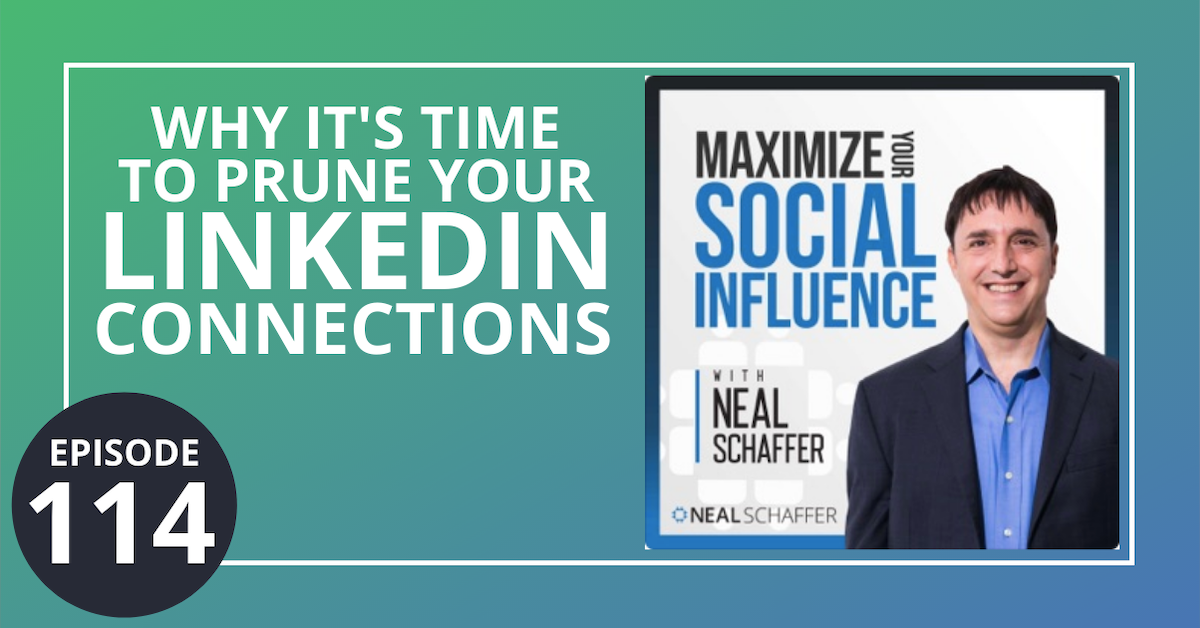 When Neal first started speaking and blogging about social media, he focused on LinkedIn. But the platform has changed so much since the beginning, and of course the interactions and recommended use of it have evolved too. Today, Neal is talking about editing your LinkedIn connections. Not only is it important to comb through your current connections to edit out people who may not be relevant for you, but it’s also good to have some guidelines for accepting new requests. You want your LinkedIn to be curated so it’s productive, fun, and adds value to your life and business.

[02:27] What Should You Do On Random Connection Requests?

[05:47] Time To Prune Your LinkedIn Connections!

[06:15] Instances When You Can Accept Connection Requests From Strangers

[08:34] What To Do If You Are Unsure About A Connection Request