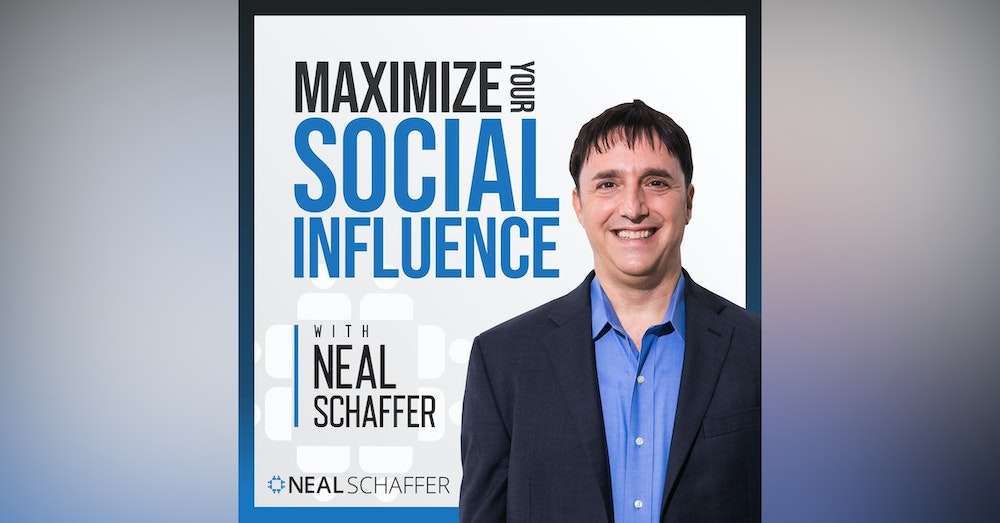 At the Social Media Marketing World event in San Diego last week, Neal Schaffer met all kinds of great people, one of them being Emeric Ernoult. Emeric is the CEO and Co-Founder of Agora Pulse, an engagement dashboard tool for Facebook and Twitter. Agora Pulse allows you to track the most important fans and interactions on social, gathering data unlike any other tool. Luckily, Emeric is going to be joining the Social Tools Summit in Boston in May. Listen to learn more about this great tool, what inspired its creation, and other tools that Emeric loves.

spk_0:   24:14
Thanks for listening. To maximize your social. We appreciate all of your iTunes subscriptions, ratings and comments. If you would like to appear on this show or recommend content, please contact Neil Schaffer at Neil at Maximize Your social dot com. Please also make sure to check out Neil's New Community Social Media Centre of Excellence at Social Media. C o e dot com as well as meals. First Social Media event. The Social Tool Summit, which will be in Boston on May 12 and in the Bay Area this fall. Thanks again and make it a social day.